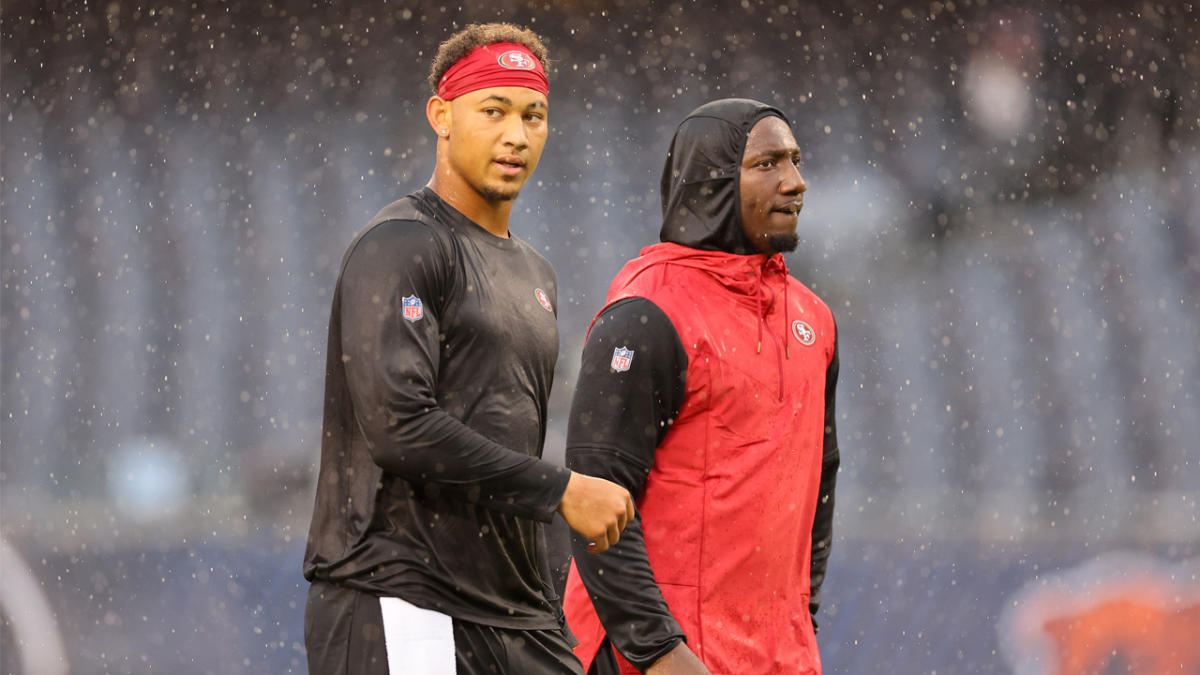 After just over 12 minutes of gameplay in the 49ers’ Week 2 matchup against the Seattle Seahawks on Sunday, the world watched Trey Lance get carted off the field as Jimmy Garoppolo made his way onto it.

Deebo Samuel witnessed it up close, and it took him a while to figure out what was happening.

But when he realized the severity of the situation, the wide receiver couldn’t believe what was unfolding in front of him.

“At first, I really didn’t know what happened. I just seen Trey on the ground, hoping he could get up,” Samuel told reporters after the 49ers’ 27-7 win at Levi’s Stadium. “Just seeing all the work Trey put in from last year to this year kind of broke my heart. Praying for him. He’s a great, great guy. That’s what makes him so special.”

Garoppolo, who took a pay cut to be Lance’s backup, was more than ready to go once the 22-year-old QB exited the game.

The 30-year-old’s history and relationship with the team made it fairly easy to prepare for the moment and deliver in real time.

But it was a little more challenging for Samuel, who still had Lance in the back of his mind.

“It was kind of difficult at first, I was just thinking about what happened to Trey,” Samuel said. “Like I said, all the work he put in, all the hard work day in and day out he put in to be a leader of this offense. Just seeing him go down kind of hurt. But like Fred [Warner] just said, we have the right culture and Jimmy came in and played a pretty good game.”

It was confirmed after the game that Lance broke his right ankle and will miss the rest of the 2022 season after just five quarters of football.

As the clouds over Santa Clara got greyer during the rainy game, the somberness overshadowing Levi’s Stadium saw a glimpse of light as the 49ers walked away with a win over their division rivals.

While it took some time for Samuel to adjust to an unfortunate situation on Sunday, he’ll have some more time to get his head right as the 49ers get ready to face Russell Wilson and the Denver Broncos in Week 3.