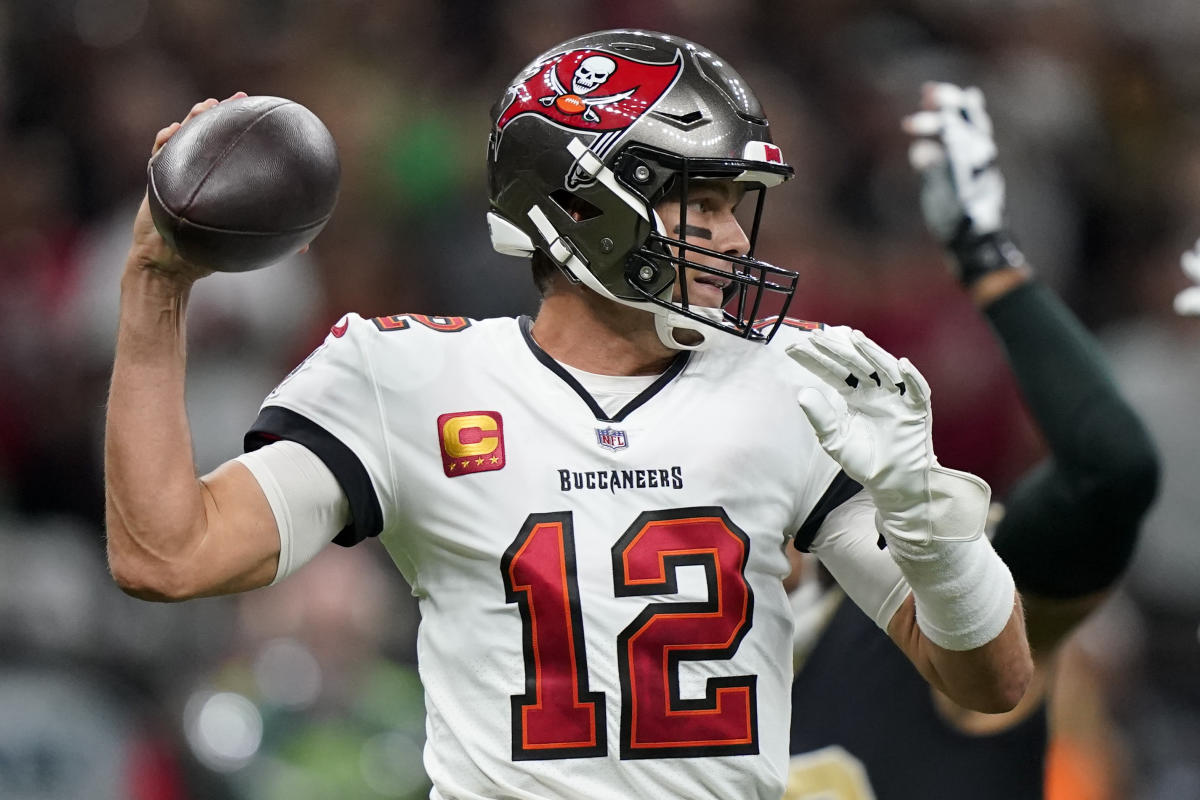 NEW ORLEANS (AP) — It certainly looked like the Saints were in Tom Brady’s head when the Buccaneers quarterback threw a tablet in the bench area and later jawed with New Orleans cornerback Marshon Lattimore after a drive-stalling incomplete pass.

How quickly a game can change when emotions spill over.

Brady helped incite a skirmish that led to the ejections of Lattimore and Bucs receiver Mike Evans, then threw a go-ahead touchdown pass to Breshad Perriman that lifted Tampa Bay to a 20-10 victory over New Orleans on Sunday.

“It’s an emotional game,” Brady said flatly. “A little bit of execution helps all the way around. I thought the defense played well again and the offensive line fought hard.

“Tough game all around,” Brady added. “That is a really good team, really well coached — a team we really struggle with. So, it feels good to win.”

Brady’s frustration was clear when he was caught on camera forcefully throwing a tablet to the turf with a healthy turn of his torso and full follow-through of his prolific right arm.

And after his third-down incomplete pass early in the fourth quarter, Brady was shouting at Lattimore when running back Leonard Fournette entered the fray and shoved the Saints’ star cornerback. Lattimore responded by shoving Fournette, and Evans rushed in and flattened Lattimore — much like he did in a 2017 game between these teams.

“I was just trying to have my teammate’s back,” Evans said. “I seen (Lattimore) punch someone. I wasn’t going to let that happen. … We know when you come to New Orleans, it gets spicy.”

Evans was ejected, as he was five seasons ago. But this time, so was Lattimore, who did not speak with media after the game.

“It hurts to lose your best corner,” defensive end Cameron Jordan said. “Guys gun at him because they know he is one of the best corners in the league.

“When I saw the replay, (Lattimore) didn’t go after anybody. Somebody came after him,” Jordan said. “What do you want him to do in that situation?”

With Paulson Adebo sitting out with an ankle injury, Lattimore’s ejection left the Saints without their top two cornerbacks — and Brady took advantage.

On Tampa Bay’s next series, Brady marched the Bucs (2-0) to the New Orleans 28 and then hit Perriman in the back right corner of the end zone to make it 10-3.

“We lost a good player and they lost a good player. It was a physical ballgame,” Bucs coach Todd Bowles said. “I don’t know if it was a turning point. … It could have gone either way. We knew we had to make some plays.”

The Bucs’ defense squelched the Saints’ comeback bid by intercepting Jameis Winston three times in the final 12 minutes. Jamel Dean made the first two picks — one on a deep pass intended for rookie Chris Olave at the goal line. Later, safety Mike Edwards returned an interception near the right sideline 68 yards for a touchdown to make it 20-3.

Winston, who had been limited in practice by a back injury, completed 25 of 40 passes for 236 yards and one late TD toss to Michael Thomas.

“Everyone in that locker room is playing with a banged-up something,” Winston said. “What is most important is offensively I have to do a better job of executing on third downs and I can’t give them the football.”

Tampa Bay didn’t score until Ryan Succop hit a 47-yard field goal with 3:09 left in the third quarter to tie it at 3.

The Saints (1-1) were threatening to retake the lead when safety Logan Ryan punched the ball free of running back Mark Ingram’s grasp at the Buccaneers 10, and linebacker Carl Nassib recovered.

“We were moving the ball well, going in to take control of the game. That just can’t happen,” Ingram said. “Whether it was a good punch, whether it was a rip, whatever it is, it doesn’t really matter.”

Wil Lutz’s 31-yard field goal on the game’s opening drive gave the Saints a lead that stood up throughout a first half in which Tampa Bay squandered two scoring chances.

Buccaneers: Defensive tackle Akiem Hicks left the game with a foot injury and reserve left tackle Josh Wells, who was starting for the inactive Donovan Smith (elbow), left with a calf injury. Receiver Julio Jones was scratched pregame with a knee injury.

Saints: Top running back Alvin Kamara was inactive because of his rib injury.

This News is Published from Google Alert – Tampa Bay Buccaneers.